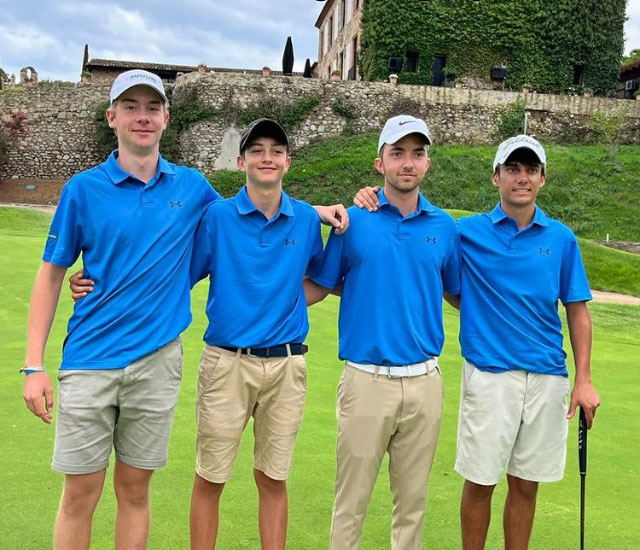 The Club de Golf Barcelona team, made up of Bruno Martí (Under-18), Jan Farré (Cadete), Erik Shukhart (Junior) and Vicente Mestre (Under-18), has been declared the winner of the Fight B of the Spanish Male Championship Interclubs RFEG 2022, in the competition held from 22nd to 25th of September 22 to 25 at the Club de Golf Vallromanes.

The Flight B include the fight for places 9th to 16th in the global classification, in which Club de Golf Barcelona was the best, beating Real Golf Club de San Sebastian in the final. In the Foursome, Jan Farré and Bruno Martí lost 4/3 to the Basque players, while Vicente Mestre and Erik Shukhart won their respective singles by 6/4 and 1up.

The winning team of the final in Flight A was Club de Golf Sant Cugat, after defeating Real Club de Golf de Castiello by a tight 2-1.