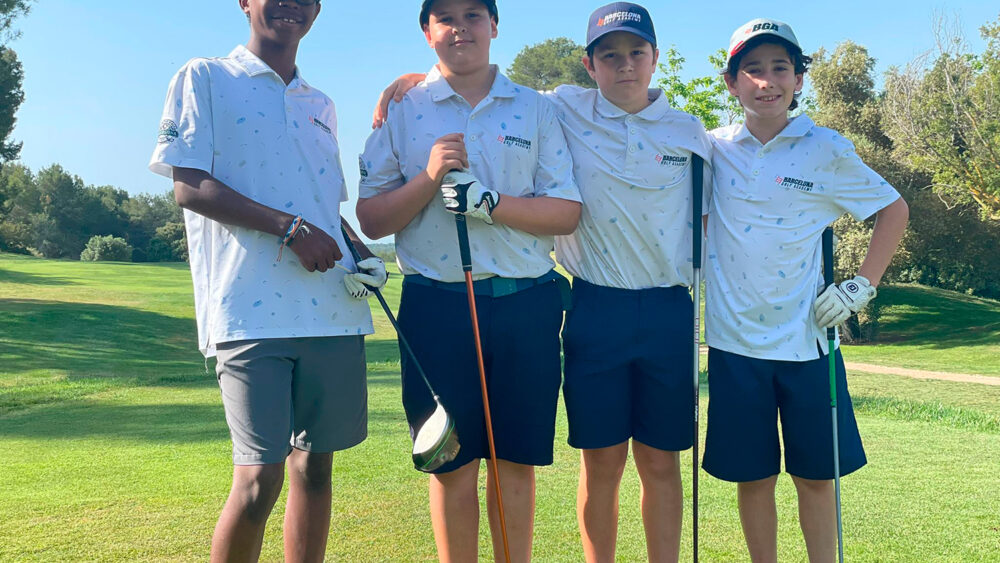 Last weekend hosted Triangular events for the junior categories, in which many of the Barcelona Golf Academy pupils participated. The Club de Golf Costa Daurada hosted the first event of the year of the 40th Junior Triangular de Cataluña of the Federacio Catalana de Golf, with 25 pairs fighting for the top positions.

The event was played over 18 holes with the Best Stableford Ball and teeing from red bars for all participants. The strong heat did not reduce the enthusiasm and competitiveness of the players, ending with the victory of Roberto Izquierdo and Aina Rivas from Can Cuyas with 48 points. Qualified in 2nd position, tied, was our pair of Marc Escayola and Tahiri Salinas, with 44 points. 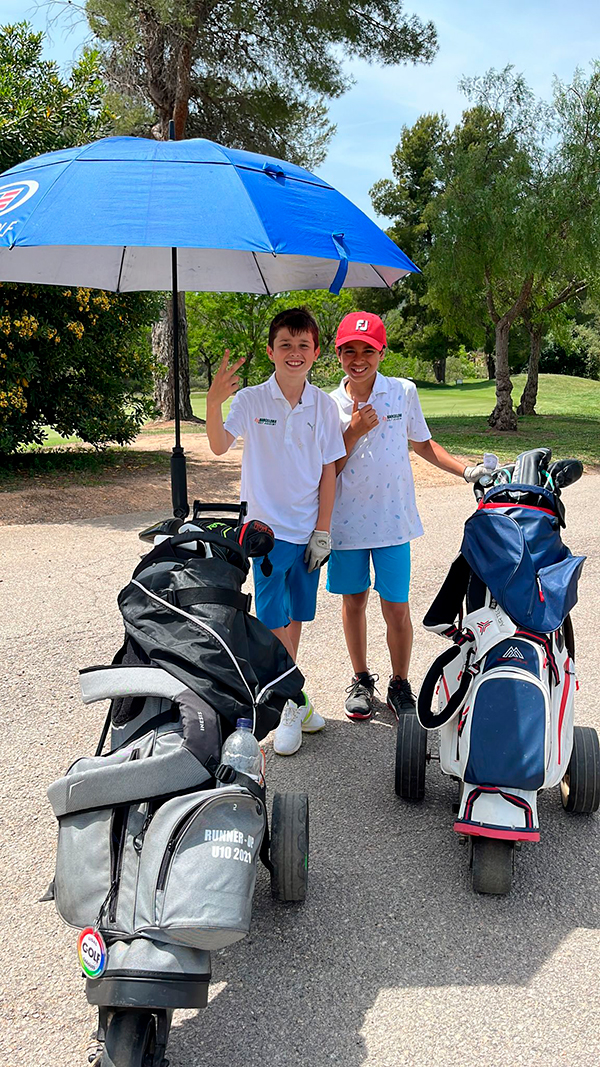 In 7th place were Nassim Hababou and Leo Oliver with 43 points; followed by Álvaro de Castro and Anis Hababou in 10th place with 42 points; and Alex Marcos and Hugo Fuentes, in 20th place with 36 points. In the provisional classification by clubs, Golf Barcelona is third with 87 points, behind Can Cuyas (92) and Raimat Golf (88).

Meanwhile, on the course of our own club, the first of the three scheduled events of the 27th Triangular Alevín / Benjamín de Cataluña of the Federació Catalana de Golf was played on Saturday, May 21, bringing together 18 pairs Under-14. Teams of two players in the Infantil, Alevín and Benjamín categories played 9 holes of competition on a very hot day, teeing off from the red bars. The winners were Arnau Miró and Daniel Kuramshiin from Golf Montanyá, with 23 points, leaving Nicolás Quixano and Mert Gungor, from Golf Barcelona, ​​in 3rd position with 21 points. 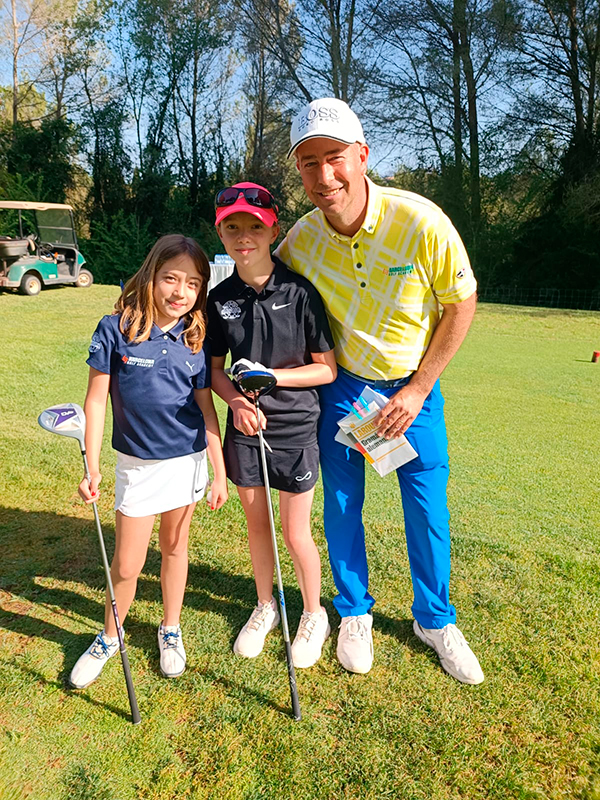 Also from our club, Alex Juan Creix and Erik Gillen came in 4th place, with 20 points; Gustav Gillen and Aaron Gil, the 11th with 16 points; and Mia Digby and Laia Giménez in 15th place with 12 points. In the club trophy Golf Barcelona is second provisionally with 41 points, one less than El Vallés Golf.