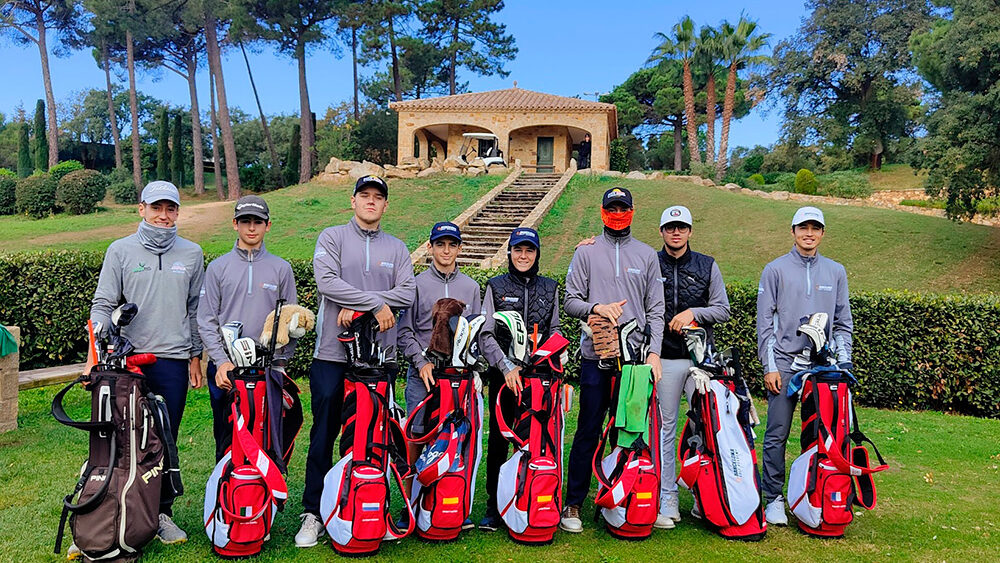 Barcelona Golf Academy organized a great expedition to the III Golf d’Aro International Cup, from 11th to 13th of November, with a group of eight of our best players, to put their best golf into practice in a scoring event for the R&A and USGA World Amateur Golf Ranking (WAGR), as well as for the selection of the men’s Under-18 teams of the Federacio Catalana de Golf.

Competing in the Stroke Play Scratch mode in the incomparable setting of the Club Golf d’Aro, our players defended themselves with courage and enthusiasm against the challenging course of the Costa Brava, balcony of the Mediterranean. José Ricardo Aguilar was the best classified, 6th, with rounds of 77, 80 and 79, with a total of 236 strokes.

Keep going, on for the next one!