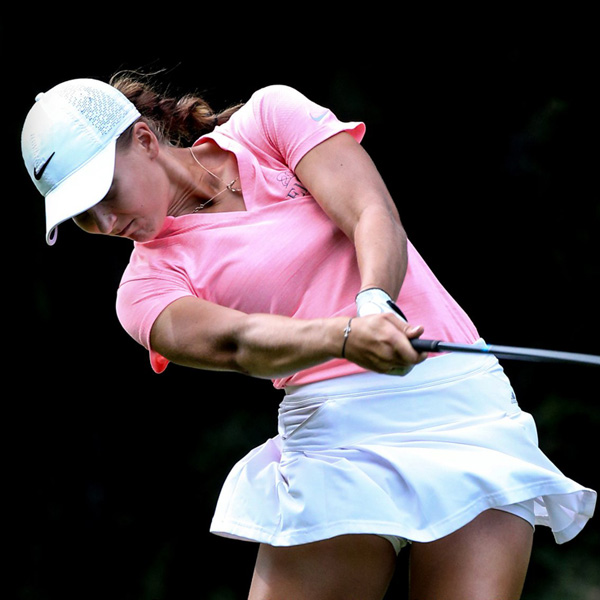 Half a dozen EIBGA players faced the challenge of the Catalunya 2020 Championship, three rounds on the Rosa course, after an intense training season interrupted by Covid-19, but with very high hopes and aspirations. With hot, humid weather, but on a golf course in very good condition, our young golfers played their best golf possible, with Alisa being the best amateur player in Catalonia.

In the women’s competition, the Russian player Alisa Khokhlova, who has already participated in the Teams of the Federacio Catalana de Golf, started very strong with two first rounds of 71 and 71, putting her well ahead of her rivals. A final round of 77 was enough for her to take the title with 219 shots, two less than the golfer in second place.

“I am very happy because this championship in Catalonia means a lot. I have prepared for it with my coach Carlos Vivas, and I played on a course that I really like. It has been a good reward for all the hours of work and training”, said Alisa.

“My goal is always to play the best golf I can, and I always go out to win, really, although you don’t look at the end, but the day to day. I played without looking at the scores very much, I was just focus on playing well, and if at the end I won, much better…”.

“I have greatly improved my long game at EIBGA, with the driver, and this is helping me a lot. Without a doubt, it was an area where I had to improve and I am getting there”.

Good results were also achieved by Nina Rissi and Valeria Biargé, with 230 and 234 strokes to finish 8th and 12th respectively.

In the men’s competition the final victory was decided in the play-off in favour of the local player Joel Moscatel, with 207 shots. With a total of 87 players in the draw, our best player was Enrico Rissi, who’s play improved with three rounds of 79, 75 and 73, climbing to 14th place, with 227 shots. In the Top-30 came Jordan Schmid, 25th, and Maxim Danilin, 29th, with scores of 231 and 232 shots respectively. Joan Panisello’s performance merits a mention, opening the competition with rounds of 81, 78 and 76 to finish 36th with 235 shots.

Congratulations to all of you. Have a great Summer!