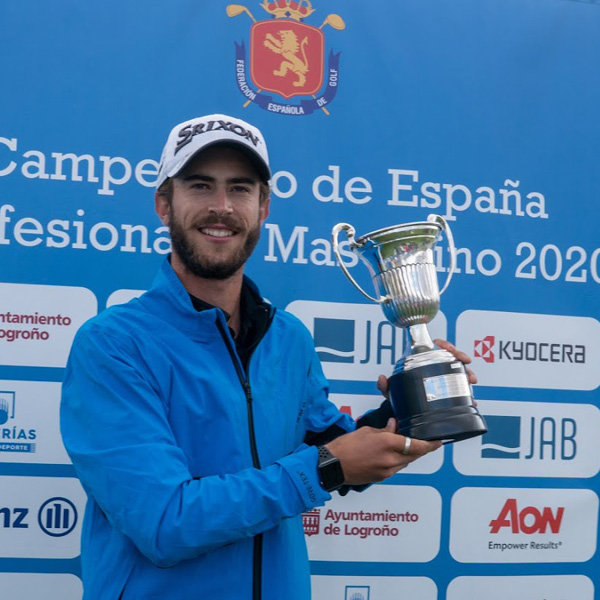 At the Barcelona Golf Academy we feel very happy and proud of the new champion of the Spanish Professional Championship 2020, Lucas Vacarisas, who has worked this year in our centre (and at a distance, due to the pandemic) on several occasions to fine-tune his game for the season.

And his results could not be better. In a very intense week at the Campo de Golf of Logroño, fighting for victory from the very beginning, he won the title of the Spanish Professional Men’s RFEG Championship, last Sunday. And he did it in a spectacular way, with an Eagle on the 18th hole that gave him the advantage of one shot to take the trophy.

But this is part of a good run, as he has been competing for seven weeks consecutively, during which he has won the Alps de Andalucia and has been runner-up at the Mirabelle d’Or Open, both events of the Alps Tour.

Lucas began training with the Tour Player Program, offered by BGA for professional golfers (through which figures like Xavi Guzman – also double Spanish champion -, Maria Hernandez, Ryan McCarthy, Gemma Fuster, and others from different Tours have passed), just before the lockdown. With the closure due to the pandemic, we could not work much, but gave advice through videos from our physical trainer coach, Toni Corgos.

After the lockdown, we were able to work a little more on his preparation for the seven weeks of competition, and see where he had room for improvement, especially in terms of strategy on the golf course. 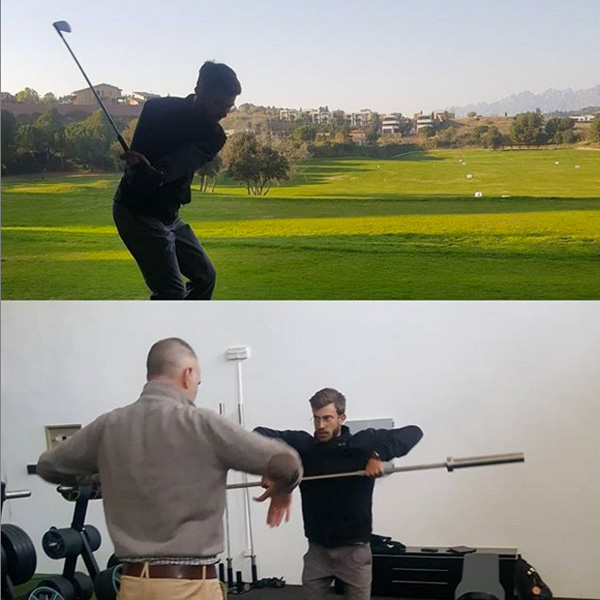 We are delighted by his success and we feel very happy to see his great performance during these last two months. We are looking forward to getting back to work and discovering how Lucas Vacarisas can continue to improve with our 3D and other technological aids on his way towards the Challenge Tour and the European Tour.