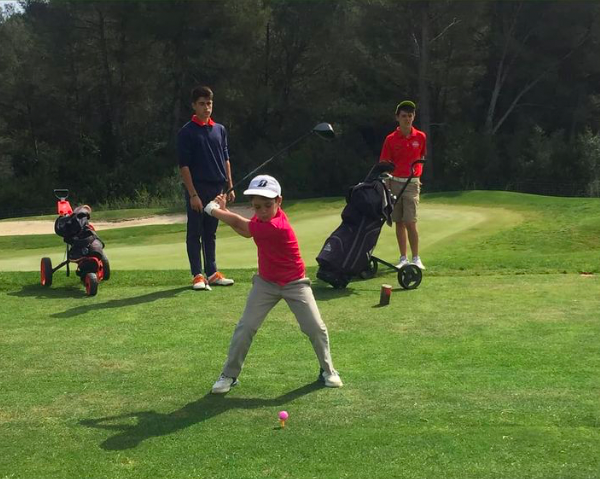 This week our biggest activity has been at the Catalonia Championship, Infantil, Alevin and Benjamin 2021. With our two vans full of young golfers with their bags of golf clubs, we arrived at the Real Club de Golf El Prat full of energy and enthusiasm, to compete on the different courses of this magnificent club for two full days. 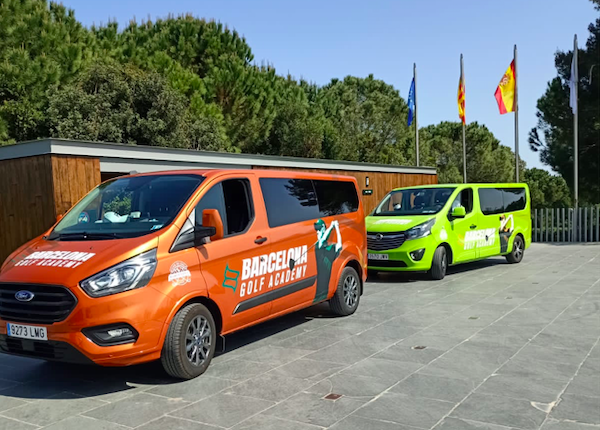 Surrounded by a great atmosphere of friendship and team spirit, defending the shields of the Club de Golf Barcelona and the Barcelona Golf Academy, our first good news came with the starting list. As in many of the events in which we take part, this time we are the club with the most players registered in the most important junior championship of the year in Catalonia, with 13 players, out of a total of 88 participants.

We are delighted to be one of the essential schools for junior players in Catalonia. Our boys display the quality of their golf in the training phase through their lessons at the BGA, and they get to enjoy competing in a championship as important as this, accompanied by their coaches Carlos Vivas and David Guarch. 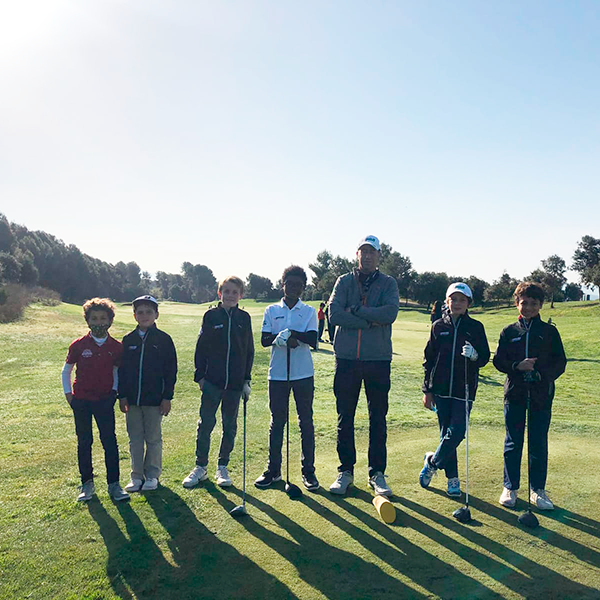 In the sports chapter, our greatest representation has been in the Infantil category. After two rounds on the Pink course, our best result came with Jan Farré, who finished the first round second tied with 80 shots, and then with 81 and 161 total shots, achieved a great final 4th place. Applause also goes to the performances of Juan de Castro, 10th with 171 shots; Jon Julià, 12th with 172; Daniil Taldykin, 16th with 179; Mateo Acevedo, 21st with 187; Kanran Hababou, 22nd with 191; and Dylan Richardson, 30th with 203. 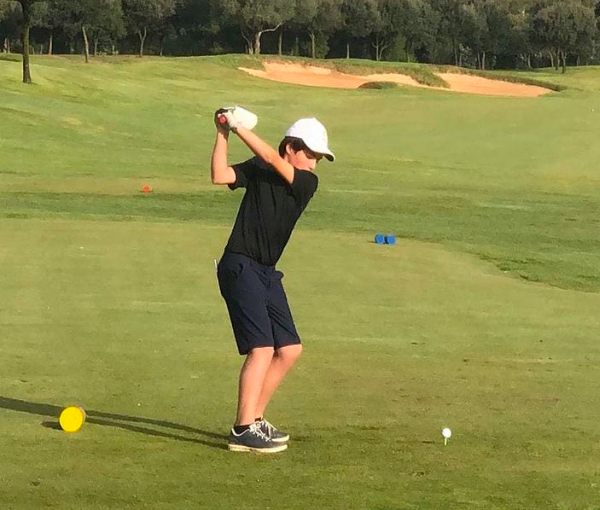 In the Alevin category, which competed on the Yellow course of RCG El Prat, we were once again at the gates of the podium, with 4th place for Alex Gimenez, who played a great first round of 83, which he was unable to endorse in the second, and with 93 he ended with a total of 176 shots. Also noteworthy are the results of Samuel Ward, 13th with 187 shots; Nassim Hababou, 15th with 191; and Tahiri Salinas, 19th with 212. 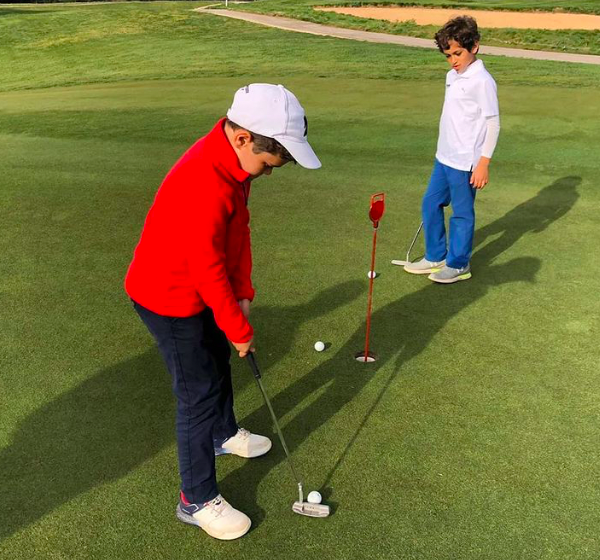 And finally, in the Benjamin category, little Álvaro de Castro, with a great second round of 45 shots, and Leo Oliver tied both for 3rd place with 94 shots, just one behind the winner. In addition, they were accompanied by another young player, Anis Hababou, who finished 9th with 197.

In summary we collect six Top-10s and the record of participation. We can only say: Congratulations, we are very proud of all of you!