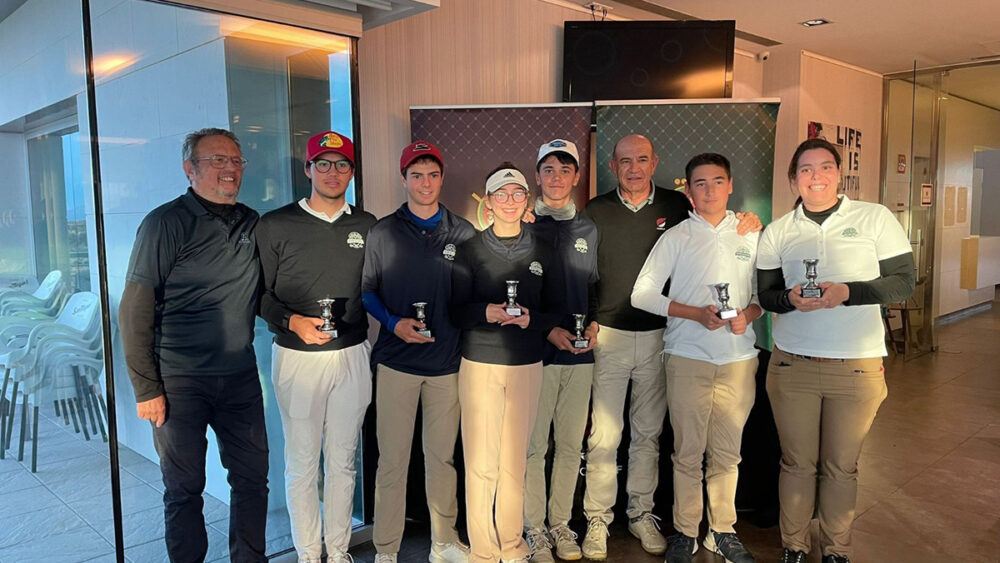 The Club de Golf Barcelona celebrates a new success as Handicap winner of the Catalonia Interclubs Championship 2022, in an event organized by the Federació Catalana de Golf on the weekend of 26th and 27th of November at Raimat Golf Club (Lleida), where the two scorecards were counted for the foursomes on Saturday, and the five best singles cards on Sunday.

The young team, made up by six players from the Barcelona Golf Academy, scored a total of 519 shots to claim victory in the Handicap category. In turn, the same team was classified in third position in the Scratch category, with 543 shots, behind the champion, the Club de Golf Terramar (520 shots), and the runner-up, Real Club de Golf El Prat (527 shots).

The Club de Golf Barcelona team was made up of Laia Llorens, Juan de Castro, Ignacio Berea, Jon Juliá, Valeria Biarge and José Ricardo Aguilar. We’d like to highlight the good global behavior of our players, younger compared to other teams. Looking at the results more closely, the 75 shots of Valeria Biargeand Jon Juliá were outstanding in the foursomes on Saturday (70 Handicap), and also the 75 strokes of Laia Llorens (72 Handicap) on the singles on Sunday. In general, they were all very good, with Laia (75 shots), Juan (76), Ignacio (78), Ricky (79), Jon (80) and Valeria (80).